I previously mentioned the technique of using a denoising autoencoder (DAE) in model-based reinforcement learning (MBRL) to determine when a model was making accurate predictions about the environment (Boney et al. 2019).

A DAE is a fancy name for a model that takes a noisy or corrupted input and attempts to reconstruct the original, uncorrupted data. Typically, this involves an encoder/decoder model where the encoder creates a latent space representation of the input, then the decoder reconstructs the input minus the error signal.

The important idea for MBRL is that the model learns the underlying distribution of the input data during training and can only reconstruct samples that fall inside that distribution. If the trained DAE is presented with input outside this distribution, it won’t successfully reconstruct the original.

The DAE is trained to denoise trajectories that appeared in the past experience and in this way the DAE learns the distribution of the collected trajectories. During trajectory optimization, we use the denoising error of the DAE as a regularization term that is subtracted from the maximized objective function. The intuition is that the denoising error will be large for trajectories that are far from the training distribution, signaling that the dynamics model predictions will be less reliable as it has not been trained on such data.

I had wanted to start exploring JAX (and related packages), the new high-performance library from Google, so this seems like a good time to try it.

JAX is an XLA compiled Python library using a NumPy-like API meaning you can compile and run programs on GPU or TPU extremely quickly as well as use automatic differentiation with Autograd. Haiku is a neural network library built on JAX by DeepMind. JAX has a bit of a learning curve, but it’s a powerful library, and DeepMind moving to it is a strong endorsement.

A significant difference between Haiku and TensorFlow/PyTorch is function transformation. After creating your NN model, you transform it into JAX compatible pure functions mode.init and model.apply. model.init initializes your model with all of the weights to be learned during training and signals what inputs to expect so the model can be compiled appropriately returning the initial model parameters. model.apply takes a set of learned parameters and inputs and returns the model outputs. Here’s an example of transforming and initializing the model, getting the initial parameters back, and using them to initialize the optimizer (using the optimization library for JAX called Optax)

The objective for the DAE will be to take a corrupted trajectory (set of states and actions) from the Lunar Lander environment and return the real trajectory (set of states). The data is generated by taking random actions in the environment and multiplying each state by a proportional error drawn from a normal distribution with a standard deviation of 20%. Since the action taken determines the next state, the action will be included as input to the DAE but the DAE currently only reconstructs the state history.

The DAE uses two recurrent models as an encoder and decoder to take the noisy input, generate a latent representation, and then decode the uncorrupted trajectory. The full code is here.

Haiku has new dynamic and static unroll functions to get the sequence of hidden states and final output from recurrent models. The final encoder state is the decoder initial state.

The loss function is the MSE between the true trajectory and the model output. The @jax.jit macro compiles everything for fast execution.

Updating the parameters with Optax is straightforward and very similar to TensorFlow or PyTorch.

Training the model for 10 epochs before using jit to compile everything took about 2.5 minutes. Adding jit to the loss and update functions sped it up to 14 seconds. It took about 12 seconds to compile, so the actual training took just ~2 seconds! 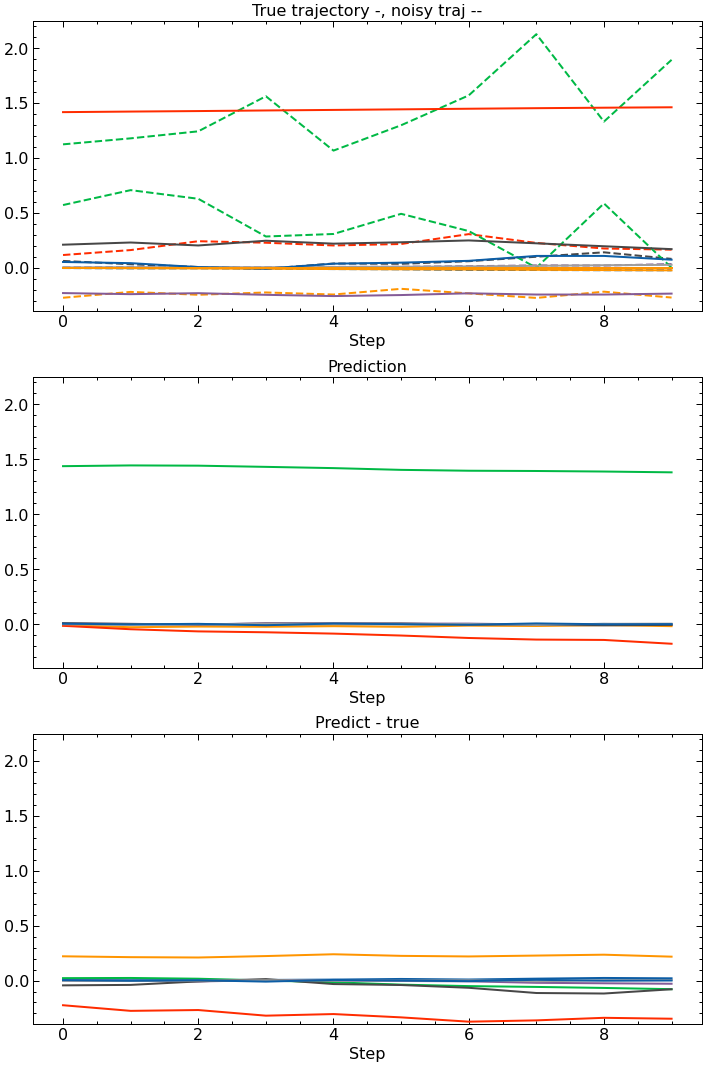 However, if you run the Lunar Lander trained DAE on random noise, representing a poorly trained MBRL environment model, the DAE is unable to reconstruct the input because it doesn’t come from the same distribution as the training data. Now we, hopefully, have a way of knowing how reliable a planned trajectory when training our agent. 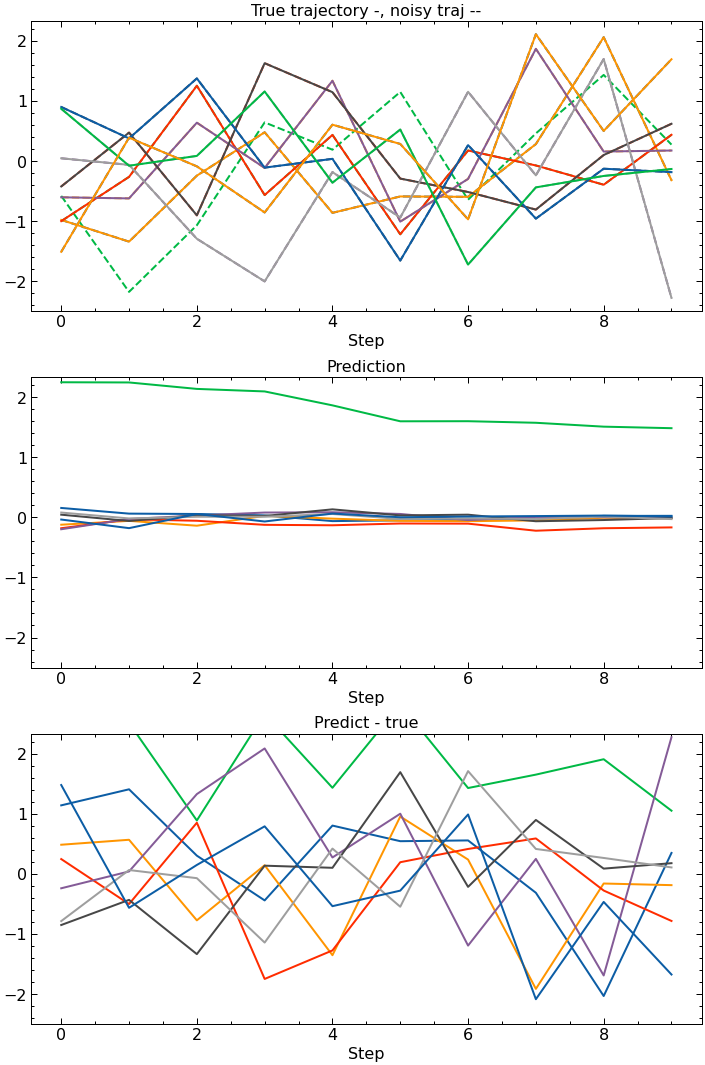